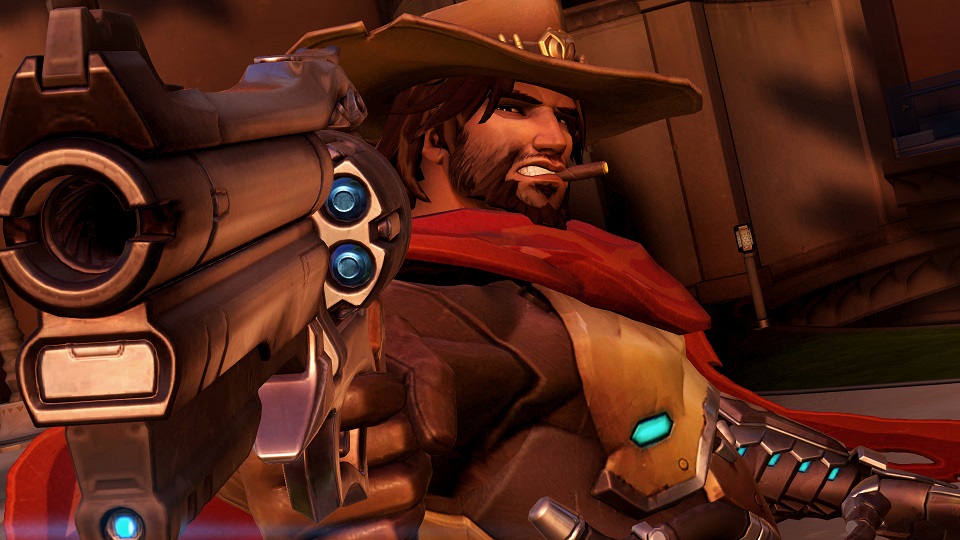 It's widely accept that the professional scene heavily influences players on Overwatch's competitive ladder. The highest skilled players in the world know the ins and outs of Overwatch, including what heroes can be brought together to make a full 6-hero team composition.  These ideas are refined by fire through intense tournaments, where these pro players compete at the highest level. It's then up to the fans to determine which of the new pro-meta ideas make it into competitive ladder play. Which begs the question: "What are the big differences between the current pro-scene hero meta and the meta found on competitive ladder?"

The Differences between Professional and Competitive Ladder

First off, a big shoutout to CaptainPlanet for letting me use his pro-scene hero usage data for this article.  CaptainPlanet does fantastic work for the Overwatch community including pro-scene hero meta reports, Esports analysis, and his podcast "Around the Watch".  You can find his work on Overbuff, and follow him on Twitter. 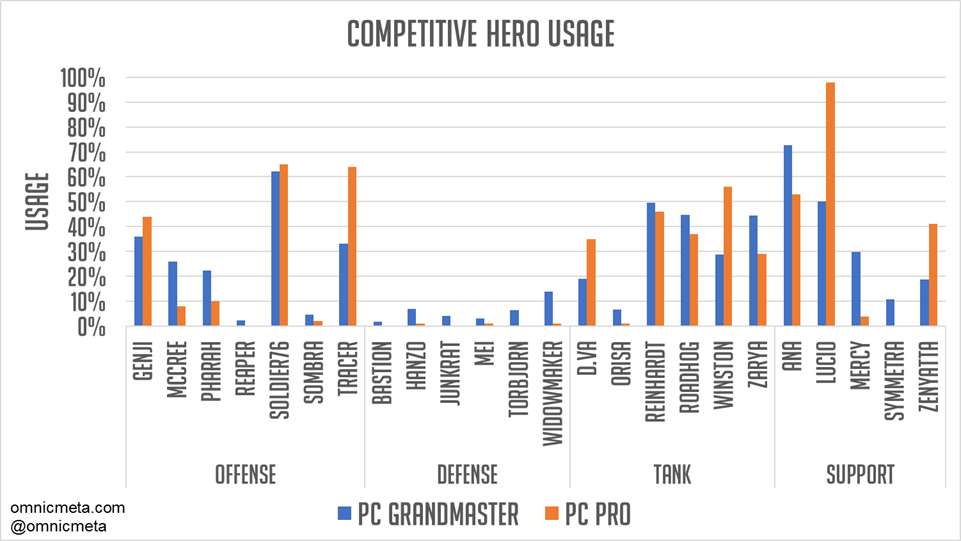 The chart above compares Grandmaster players on ladder directly with professional players. As you can see, there are a ton of differences in each of the categories. The next chart sorts by these differences, so we can quickly zone in on which heroes are being played more or less. 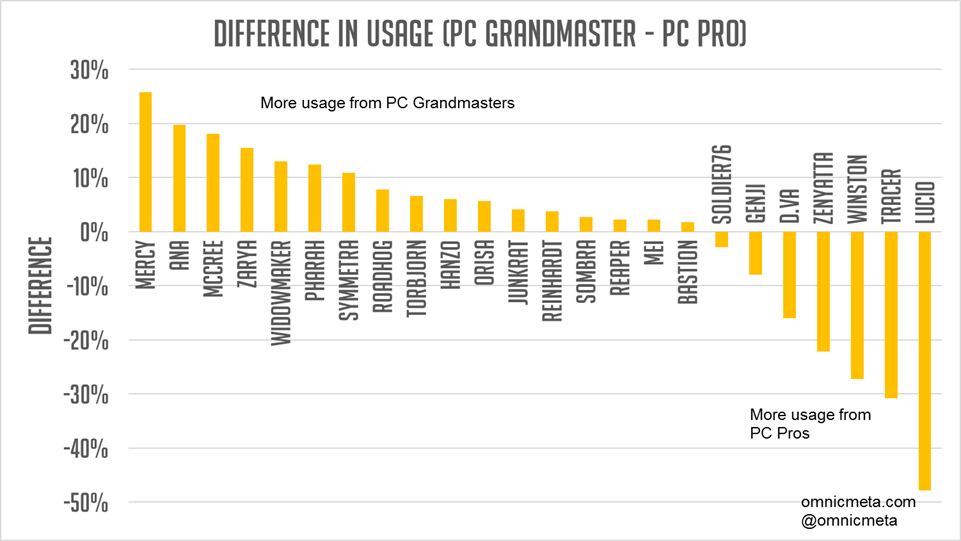 The heroes with the biggest differences: 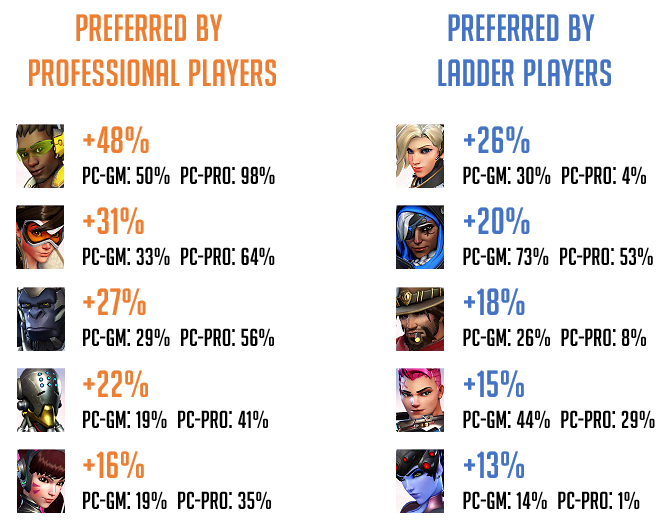 These top 5 heroes are the big standouts and difference between the two scenes. For supports, Lucio is king, being played nearly double the rate and found in every match of professional play. It's been well known that speed boost is critical for high-level pro play. On the other extreme is Mercy and Ana being played much more on competitive ladder, likely representing player preference. The extremely high usage of both Tracer and Winston in professional Overwatch demonstrates the prominence of dive team compositions as well as the skill ceiling of those heroes. On the flip side, highly aim-dependent heroes McCree and Widowmaker are much more preferred on competitive ladder while professional players find that they don't fit well into the current meta for team play. 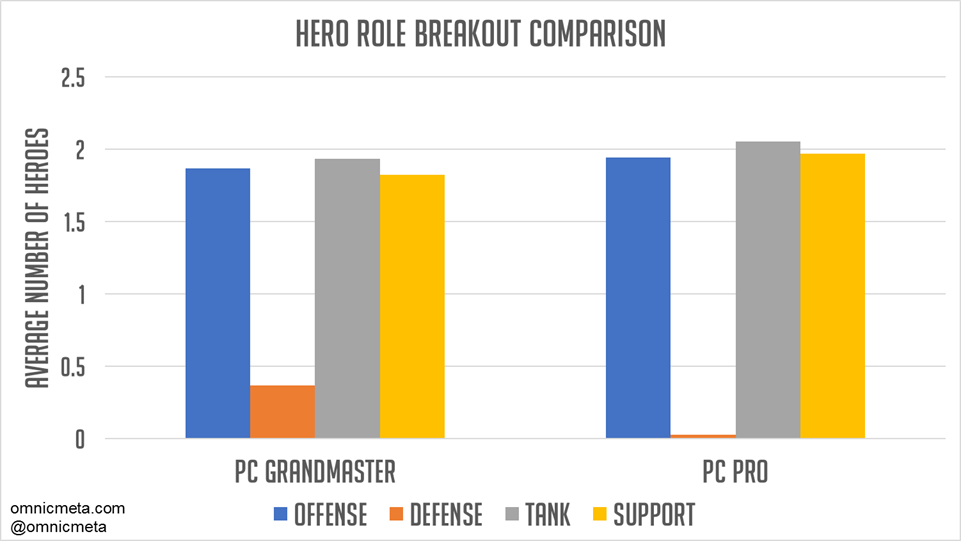 One commonality between competitive ladder and the professional scene is that hero roles are similarly represented. The above chart shows that roughly the same number of heroes from each role are represented in an average match. Nearly two offense, two tank, and two supports are in each match. Note that there is a small number of defensive heroes on PC competitive ladder, but virtually none in the professional matches.