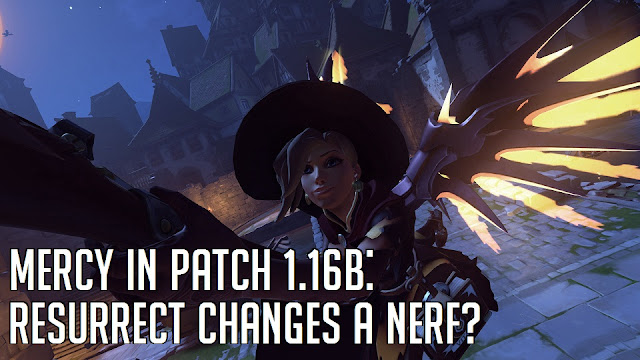 Patch 1.16b has been live for just a few days, bringing the promise of a nerf to Mercy - mostly in a change to Valkyrie.  But has the patch actually delivered on that promise?  In this article we dive deep into how the changes have affected Mercy from a data analysis perspective.

Patch 1.16b had some huge changes to the most popular Overwatch hero - Mercy. To summarize, Valkyrie no longer resets the cooldown for Resurrect or grants a cooldown reduction during the ultimate.  Instead, the ultimate grants a single extra Resurrect that can be used at any time.  Mercy also lost a bit of survivability, as Guardian Angel no longer resets when Valkyrie is activated - removing the GA in - Resurrect - GA out sequence.


In this article, I primarily focus on how the changes in Patch 1.16b have affected Resurrect, winrates, and usage rates since Patch 1.15 which introduced the new Mercy kit.  That being said, most of Mercy's other core statistics - deaths per match, healing per match, offensive assists, and defensive assists have changed between patches.  In other words, Mercy remains the top healer with great survivability.  Note that the data presented in the following charts represents current PC play, while Console play is very similar. 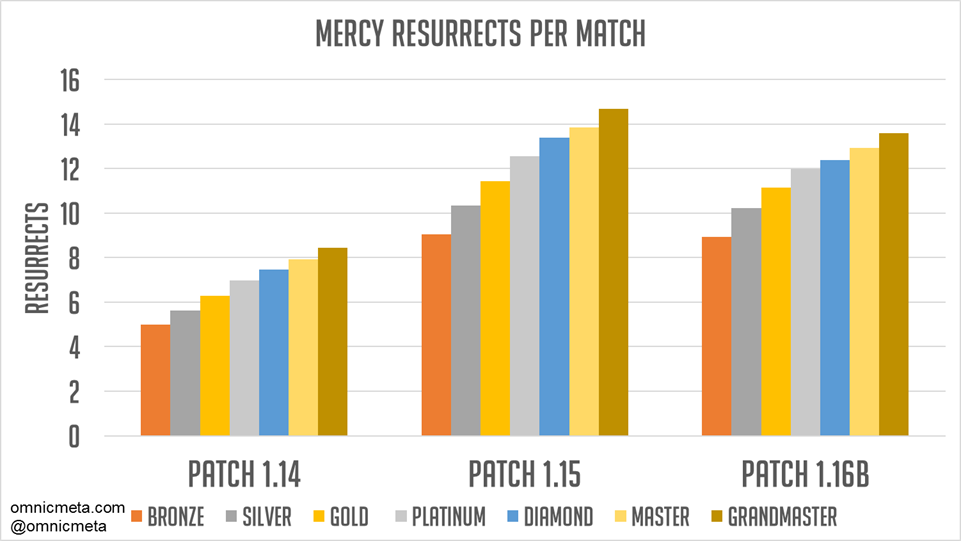 The above chart show Resurrections per match across the tiers for the three patches - Patch 1.14 before the Mercy kit change, Patch 1.15 with the new Mercy kit, and Patch 1.16B with the most recent modifications.  The results are somewhat shocking, as most in the community thought the changes in Patch 1.16B would be a nerf to Resurrect.

So what happened - where is the nerf?  If we think about the change to resurrect, things become more clear.  There are several reasons why the changes were never a significant nerf in the first place.  First, Mercy spends relatively little time in Valkyrie mode throughout a match, limiting the potential impact.  Second, she still gets an extra Resurrect during the Valkyrie ultimate and can effectively "double Resurrect", a bread and butter combo.  Third, we can speculate that Mercy was mostly getting a single extra resurrect per Valkyrie, and that two- and three-player resurrects were less common.

So there you have it - Patch 1.16B has had very little impact on Mercy from a statistical perspective.

Despite the changes being very minor, there appears to be trends that are affecting winrates and usage - stemming mostly from adaptation and personal opinion of Mercy as a hero. 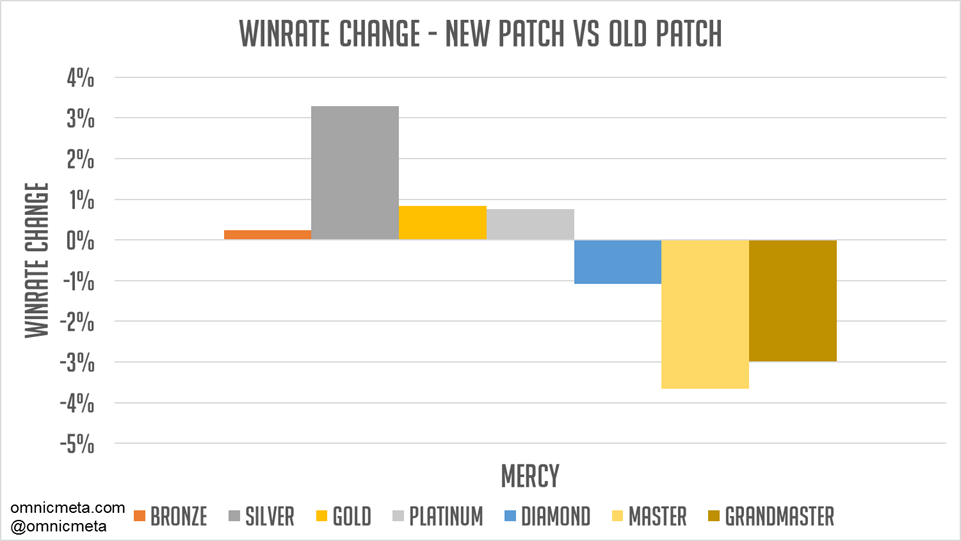 We see some interesting trends with regards to Mercy's winrate.  Mercy has been in the top 5 for winrate among meta heroes nearly all of Season 6. However, we see some movement in the higher tiers, where Mercy winrate has dropped by -3%.  This is a sign that players are starting to adapt to the Mercy meta and are learning how to play against her with more success than before. 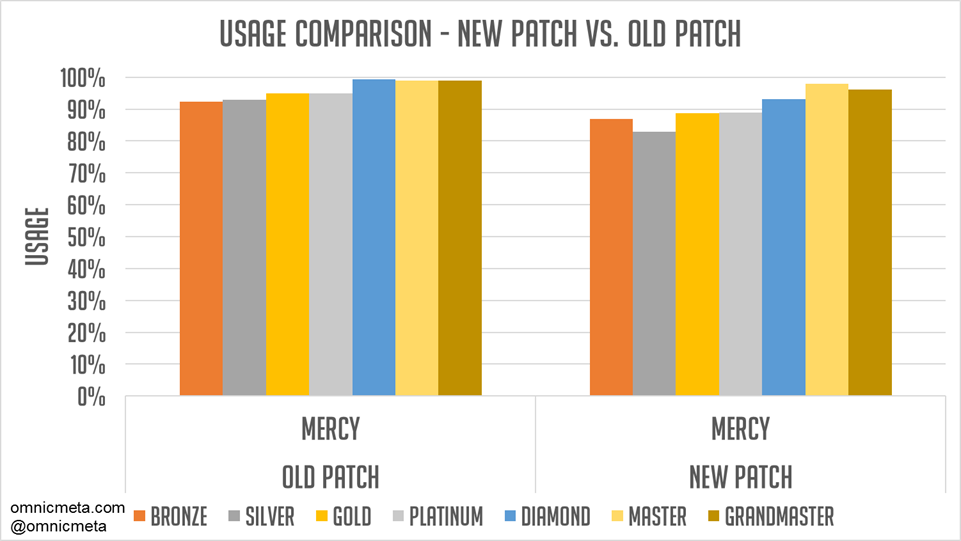 Mercy's usage has declined since Patch 1.16B went live, though not enough to bring her back to her Patch 1.14 state.  Across tiers Bronze through Diamond, Mercy is down around -6%, while in Master and Grandmaster her usage is down only -2%.  While this decline in usage may seem like a good sign, a word of caution is needed.  Any decrease in usage may signify a knee-jerk reaction that Mercy "isn't good anymore" - when stats say she certainly is.  I expect that these numbers will likely rise back up when players realize that (basically) nothing has changed.  Even if the drop were to remain, Mercy would still be the most popular hero in Overwatch by a large margin, and a fixture in nearly every competitive match.

Summary: Mercy, Still the Most Powerful Hero in Overwatch?

Patch 1.16B was viewed as many in the community as a much-needed nerf to Mercy's resurrect.  However, in practice that is simply not the case.  Mercy's Resurrect is still incredibly strong and very impactful in matches, just as in Patch 1.15 which introduced her new kit.  Blizzard seems to be taking a very slow approach with changes to the new Mercy, and it is unclear whether they are happy with her in her current state or not.  With Patch 1.16B being used right now in professional Overwatch and at Blizzcon for the World Cup, without at doubt we are going to be seeing a lot of Mercy in the near future.