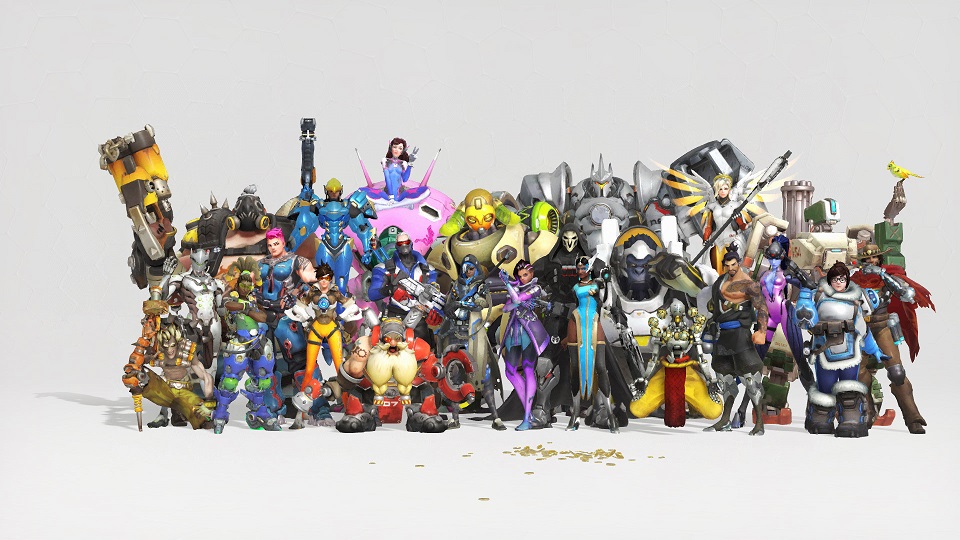 Season 4 is in the book with the new season starting in full force.  Looking back, what were the keys to the hero meta in Season 4?  For this analysis, we compare the hero usage of Week 1 and Week 11 of Season 4 on PC. Positive changes are increases in usage as the season progressed, and negative changes decreases in usage. Many of the big trends of the season emerge.

The figure above ranks the top 3 biggest gainers in hero usage throughout Season 4. The emerging Trends:

About a month into Season 4, new Tank hero Orisa was released and promoted as an alternative anchor tank to Reinhardt. Though Orisa didn't make a large splash, she still captured a decent amount of play time, especially in lower tiers. She still remains the least popular tank, and a niche pick overall.  Time will tell if Orisa's recent shield cooldown reduction will help make her more popular in Season 5.

One of the most popular Overwatch heroes for a long time, Mercy got a small buff (invincibility while using Resurrect ultimate ability) which seems to have spurred her on to extremely high usage at most tiers.  Mercy mains and onetricks are found all over the competitive landscape today, with many competitive players speaking out about their like/dislike for Overwatch's most popular hero.

The figure above ranks the top 3 biggest losers in hero usage throughout Season 4. The emerging Trends:

Long considered an overpowered hero with a full utility kit, nerfs and changes in the meta sunk Ana's popularity in Season 4.  The damage nerf from 80 to 60 damage per shot appears to be the biggest contributor, as Ana's ability to delete heroes such as Pharah was greatly reduced.  Mercy has seemingly taken much of Ana's popularity, though Ana still remains the most popular support hero at high tiers.

5. Tank Shake-ups All Around

With the introduction of Orisa and emergence of Winston and D.Va (towards the end of the season), other tanks lost significant popularity.  Reinhardt, Zarya, and Roadhog lost the most hero usage overall, but they remain the top 3 popular tanks across most of the tiers.

Bastion's buffs were around during the first week of Season 4, before a quick hot patch came to nerf the ironclad passive.  Bastion's tale is one of an overpowered hero quickly nerfed to balance the game.  During that one week of un-nerfed state, Bastion's were everywhere, approaching 35% usage before dropping afterwards throughout the rest of Season 4. 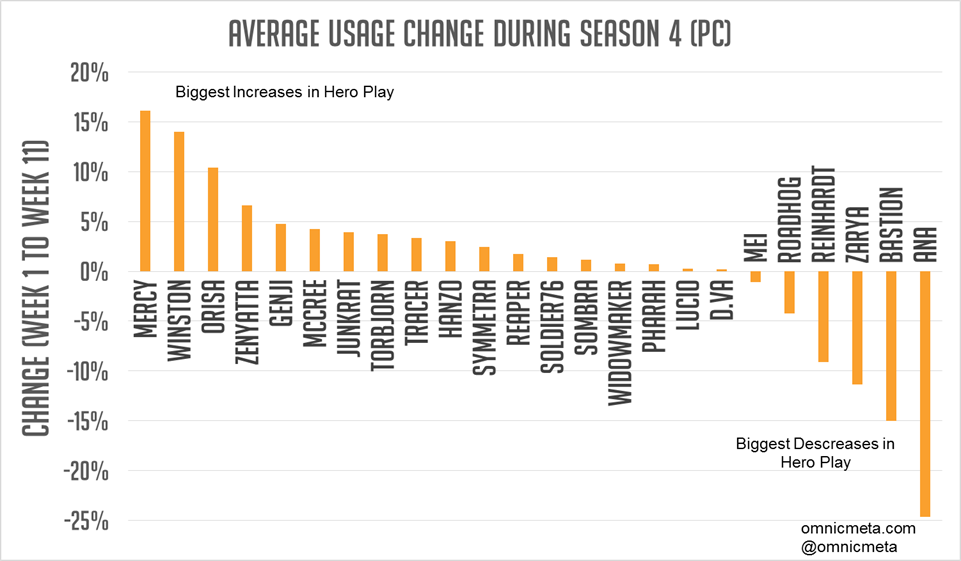 The above chart the average hero usage change across the tiers in Season 4, from Week 1 to Week 11.  Positive values mean that the hero's popularity increased as Season 4 went on, while negative values mean the heroes lost popularity.  Overall, the trends mentioned above are observed, as Mercy / Winston / Orisa / Zenyatta gain, as do a number of heroes to play and counter dive team compositions.  Ana / Bastion  and the popular tanks are the main heroes to lose popularity.  Note that there are few "losers" and quite a few "gainers".  This phenomenon indicates that the meta was much more diverse in Season 4 than during Season 3.

(Be sure to look the Appendix chart at the end of this article for a break out of hero change by tier.)

Season 4 is in the books, with arguably the most diverse meta we have seen since the beginning of competitive Overwatch.  Many heroes are popular and viable, while a large number of team compositions are also viable, including dive, deathball, 222, triple- and quad-tank.  So far, it seems as though Season 5 may be similar, but Blizzard will certainly continue to change competitive Overwatch.  So far this week, buffs to Hanzo, Orisa to settle from last season, changes to Roadhog, Reaper, and McCree on PTR, and rumors and pointers to a possible new hero from the moon (Hammond).  Will these changes shake up the meta in Season 5? 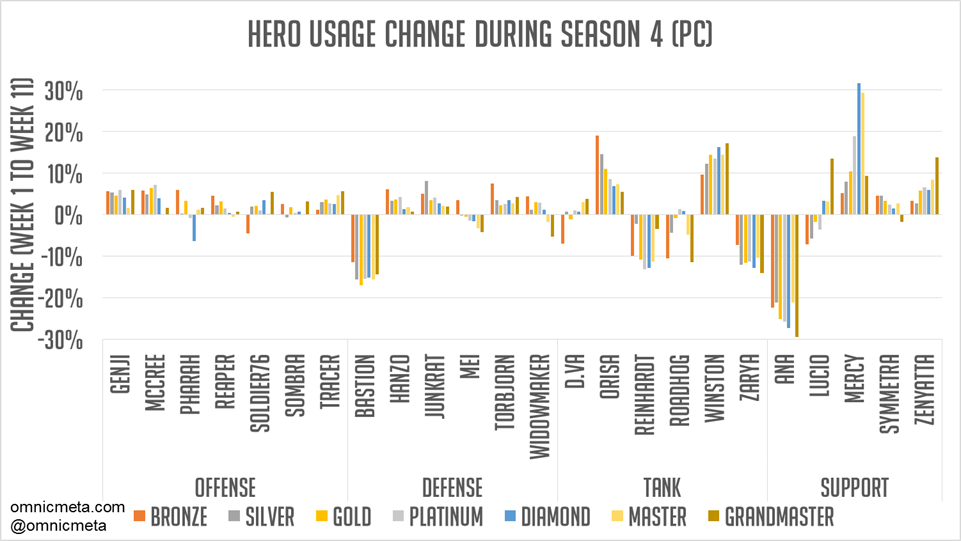 The above chart shows the hero usage change in Season 4, starting from Week 1 to Week 11 on PC.