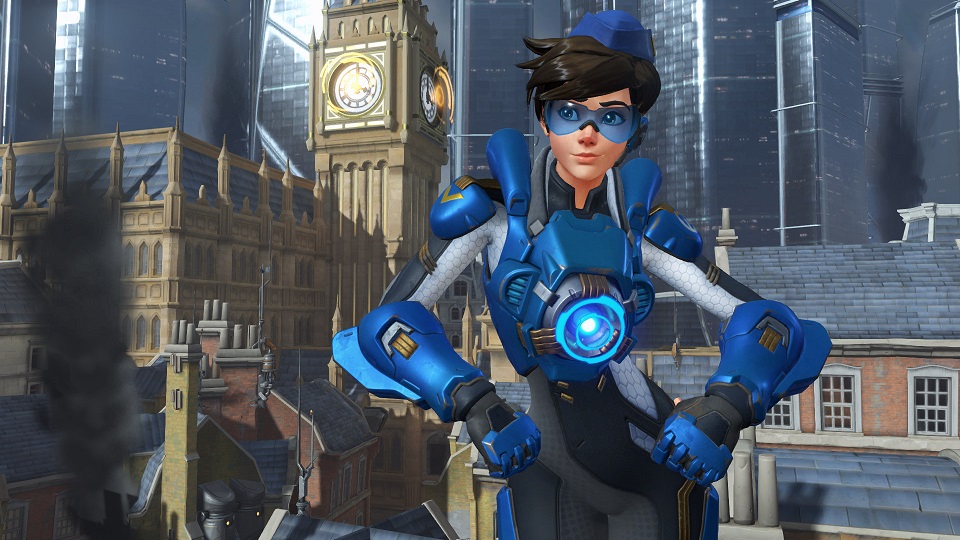 "It's a Golden Era for Overwatch". On top of the lore presented in the latest uprising event (which has been incredible), I think many people would agree that Season 4 has had the most diverse meta we've seen in Overwatch so far. There are a number of viable team compositions, and nearly all heroes are viable at this point (though sometimes only in particular situations). That said, hero preferences continue to greatly shift, reflecting the ongoing buffs, nerfs, and emerging team compositions.
The main trends: Genji and McCree have surged in popularity while Bastion has fallen nearly all the way back to pre-buff levels of popularity. Orisa and Winston continue to shake up Tank play, as Zarya in particular has lost popularity. And as if she couldn't be played any more, Mercy usage continues to grow, at the expense of Ana. 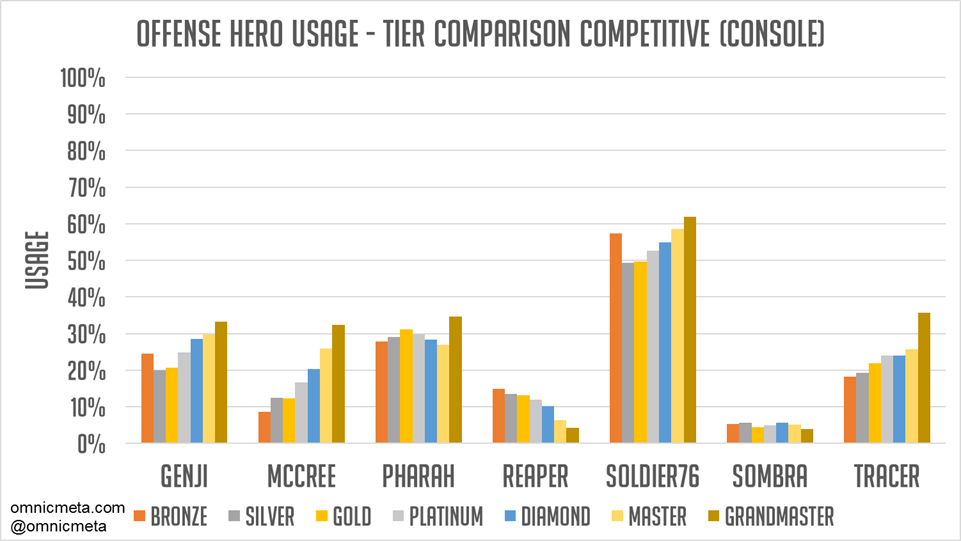 Offense hero usage remains very diverse. Soldier remains the clear standout in popularity, with nearly double the usage rate of any other single hero. However, a number of other heroes. McCree is the biggest gainer in popularity this report, having gained up to 6-7% in usage across the higher tiers. He is now roughly even with the other popular offense heroes (Genji, Pharah, and Tracer) at Master and Grandmaster tiers. The popularity at those high tiers likely has to do with his anti-flanker kit and powerful primary fire that rewards accurate aim. Genji is the next biggest mover this report and continues to grow in popularity, likely due to his strength in dive compositions. While dive has been popular on PC for a while, the upticks in Genji and Winston in particular seems to be evidence it is becoming popular on Console as well. Pharah and Tracer remain at similar usage level from the last report, with Pharah pairing well with competent Mercy players and both heroes fitting in well to popular team compositions. As a continuing trend since the beginning of the season, Reaper and Sombra remain niche offensive picks. While Sombra has seen several buffs recently, Reaper has seen none despite public calls for a rework. The Defensive category is a who's who of niche picks, with heroes generally being semi popular at low tiers and extremely unpopular at high tiers. Bastion's iron clad passive nerf continues to contribute to his massive decline in popularity across all tiers. His popularity is now nearly what it was at the end of Season 3 - before the kit rework. Junkrat remains the most popular defense hero, with 31% usage at Bronze and 25% usage at Silver. The other heroes (Hanzo, Mei, Torbjorn, and Widowmaker) remain very niche picks across all tiers. 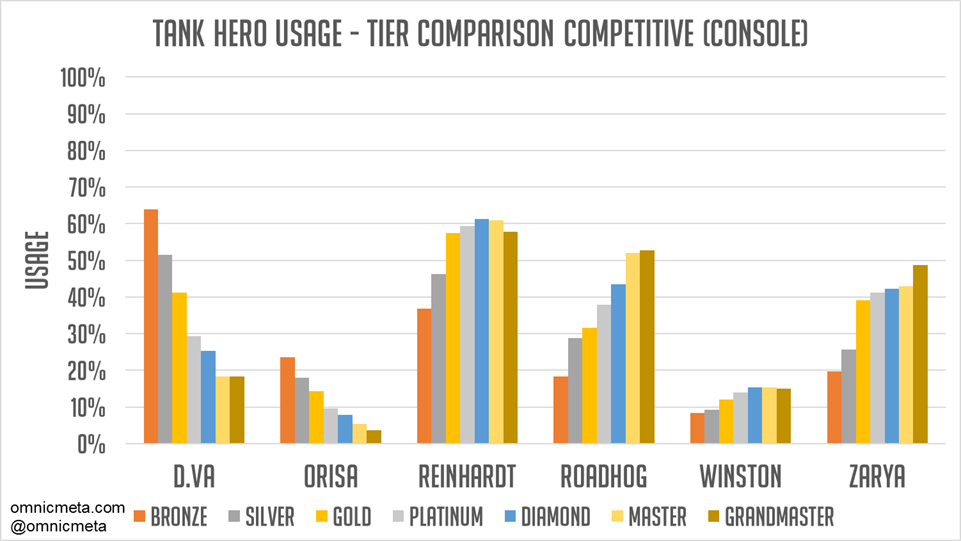 Tank usage continues to evolve with the release of Orisa and buff to Winston. Orisa has carved out a niche as a semi-popular option at lower tiers, while Winston has grown in popularity at the higher tiers (likely due to the rise of dive team compositions). Despite being presented as a anchor tank, Orisa has not caught on as a replacement for Reinhardt just yet. Reinhardt is still the most popular tank at tiers Gold -> Grandmaster, while D.Va remains the #1 tank at low tiers. The Tank hero that has lost the most popularity this report is Zarya, likely being the hero ceding some ground to Orisa and Winston. Both Zarya and Roadhog remain the tanks benefiting the most from high player skill, as evidenced by the drastic increasing popularity at high tiers. Accurate hooks from Roadhog and timely shields and ultimates from Zarya really showcase the strength of those heroes. 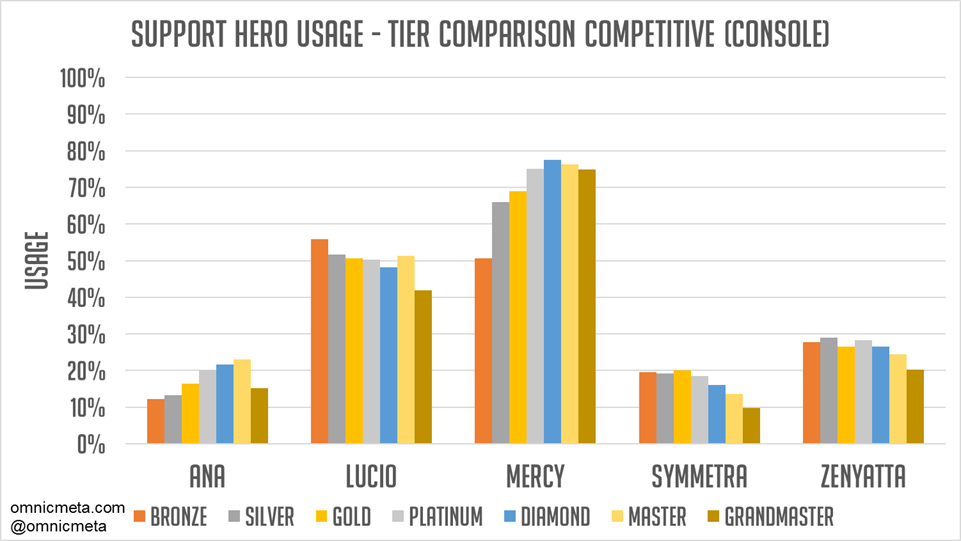 Support popularity continues to revolve around miss popular herself, Mercy. Regardless of player's opinions on the utility of Ana vs. Mercy, Mercy's popularity continues to rise and Ana's continues to fall. Ana is nearly the least popular on console, and next report we may find that Symmetra has finally overtaken her. Mercy is the only hero with a Tier 1 rating (>75% usage) this report, and remains the most popular hero in console Overwatch. Perhaps the biggest surprise is Lucio. Despite a complete kit rework (and huge nerf to his aura radius), Lucio's popularity is a  strong as it has been in Season 4. Time will tell how whether each tier really like the changes, and whether another hero will be preferred. Zenyatta still remains semi-popular and useful in dive compositions, while Symmetra remains a niche pick most useful on first points and assault maps. 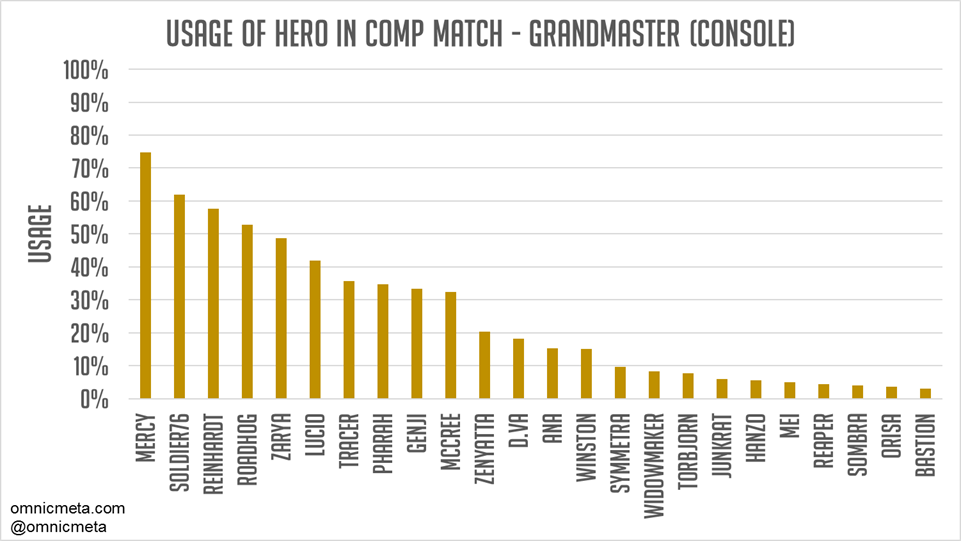 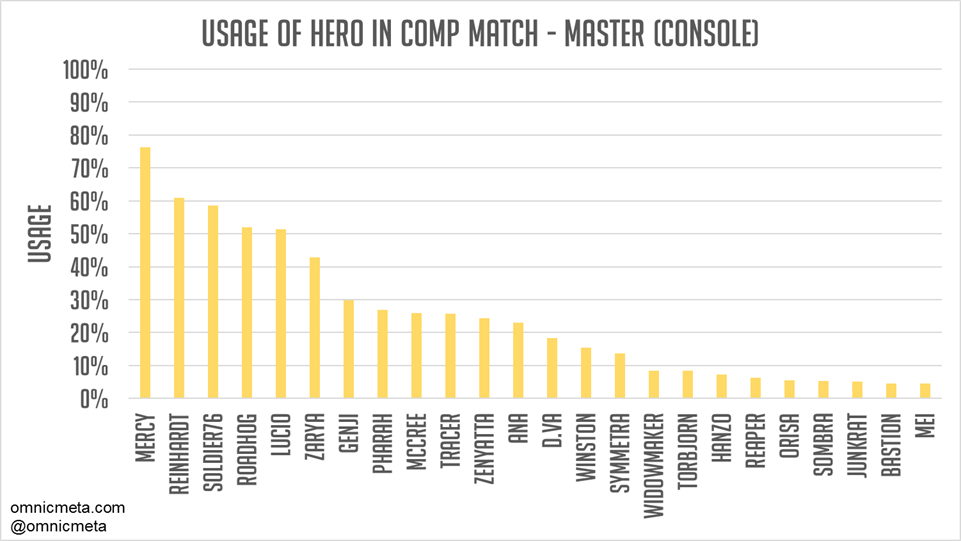 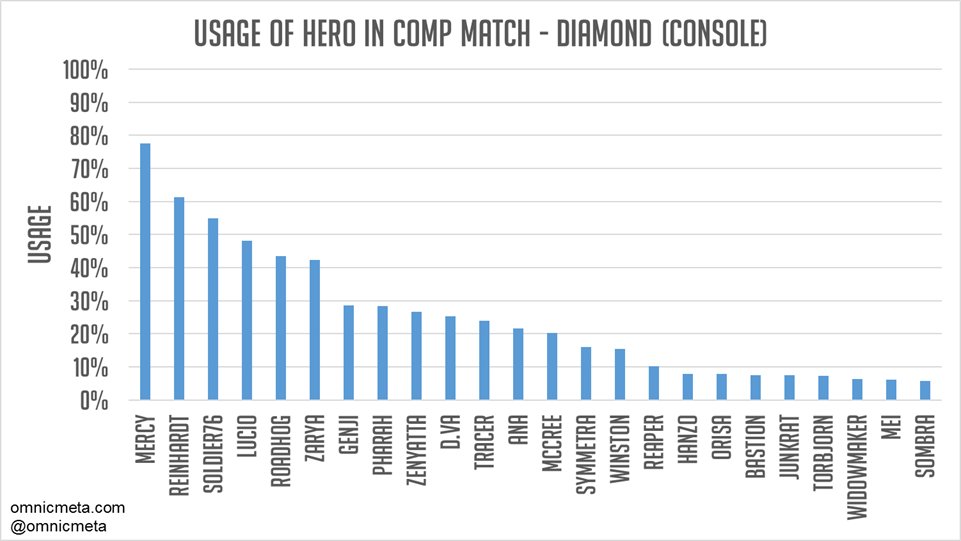 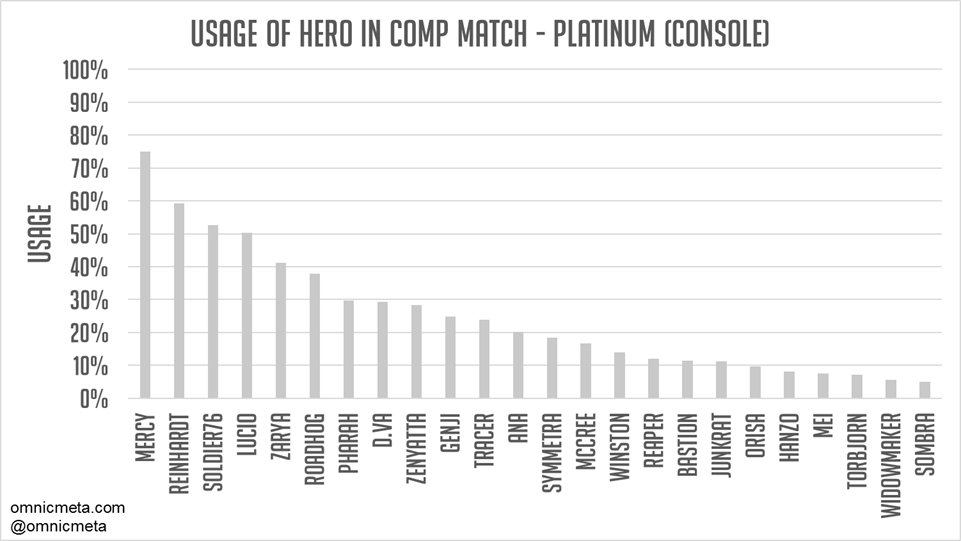 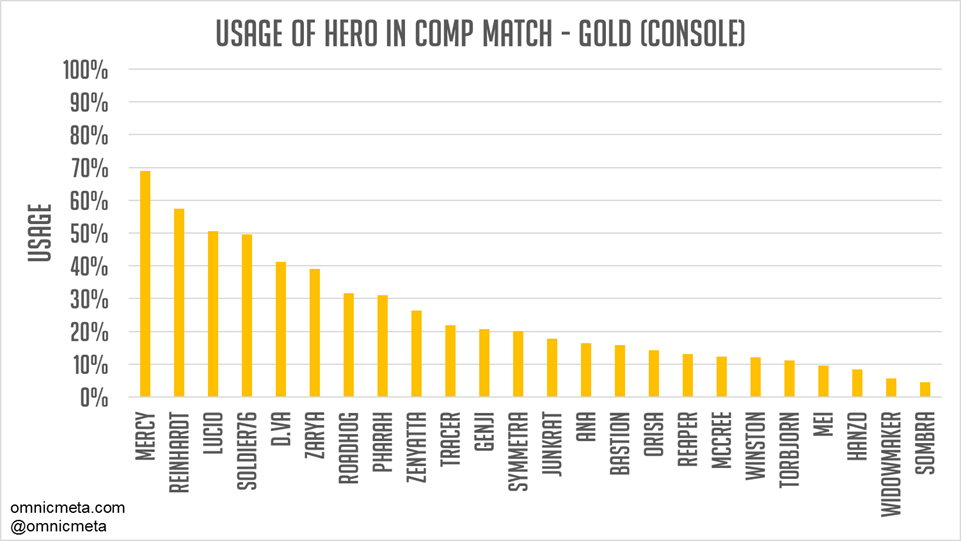 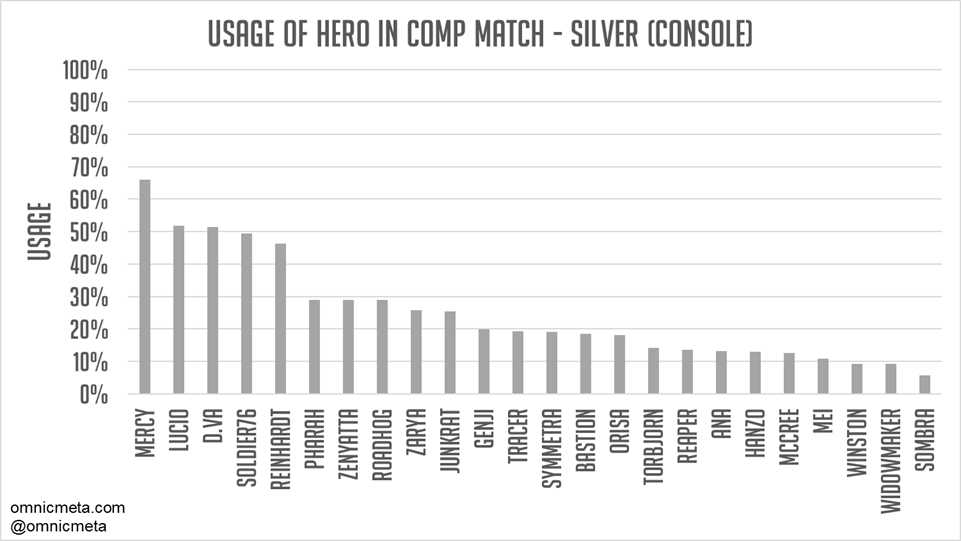 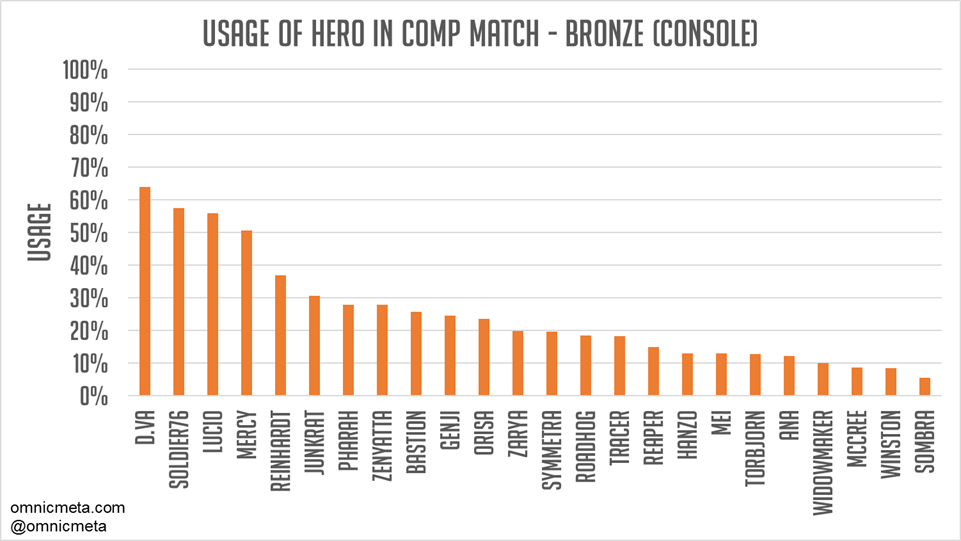