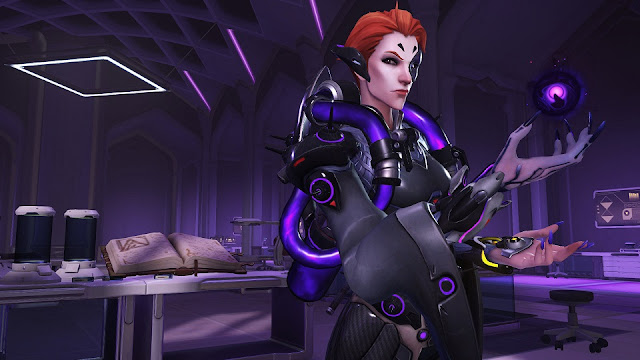 New hero Moira is up on the PTR and already is turning some heads with a very interesting kit.  High burst healing, mobility with Fade, and consistent damage (with lock-on).  My initial take is that she could potentially be used as a main healer, or off-healer.  Below, I've collected some statistics for Moira's abilities using the Training Room.  As data was collected by hand, any incorrect or missing data will be updated.