Welcome to OmnicMeta's report on the state of competitive Overwatch on Console from Season 3. In this report, we mainly look at the meta of hero usage trends across tiers from Grandmaster through Bronze.

What this report is: A report and tier list of Overwatch hero usage and player trends across competitive ladder tiers (Grandmaster -> Bronze), covering the entirety of Season 3 (all ~3 months). Players are divided into tiers by their SR at the end of the season. 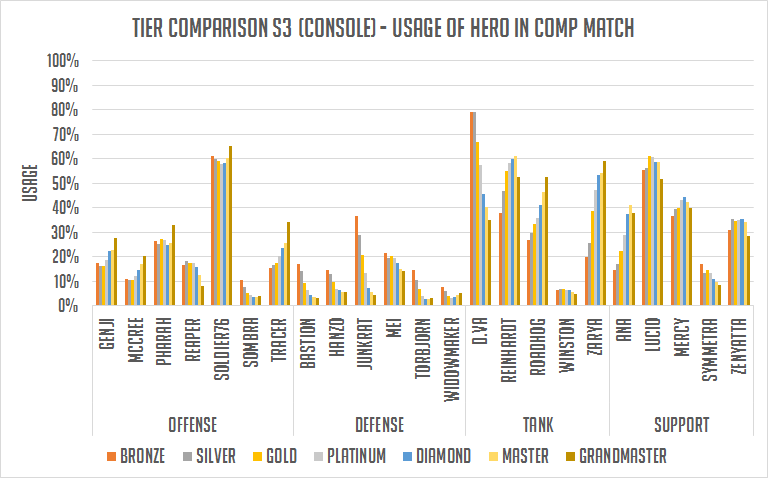 The above chart breaks down average usage of a hero by tier, grouped into the same categories (Offense, Defense, Tank, Support) as found in the game. Generally speaking, higher tiers prefer higher skill cap characters that can reward them for their play, while lower tiers prefer heros that are easier to learn and be productive with. One particularly interesting bit of trivia is the wider range of heroes being played on Console, as compared with PC. 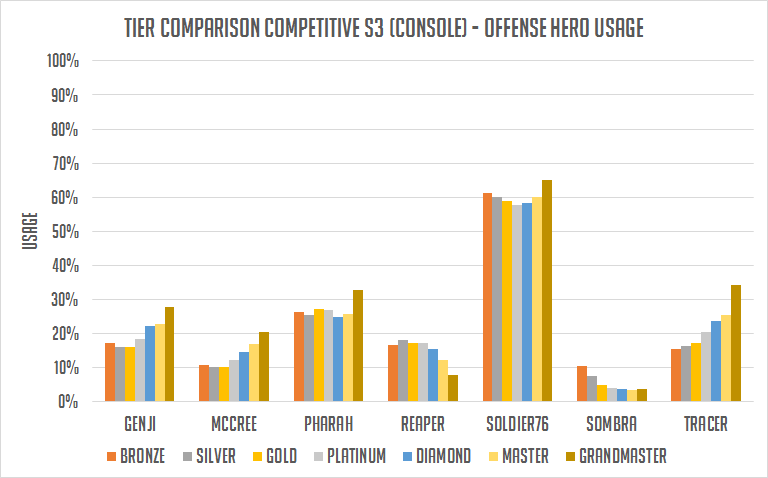 For Offense heroes, Soldier:76 was the meta in S3 on Console. However, he had serious competition depending on tiers. Interestingly, Pharah is popular regardless of tiers, peaking in usage with Grandmaster players. At lower ranks, Reaper was significantly more popular as was Sombra. Higher skill-cap heros such as Genji, McCree, and Tracer gain traction with more competitive tiers. Particularly eye-popping is the 10% usage bump that Tracer sees between Master and Grandmaster tiers (a trend also found on PC). 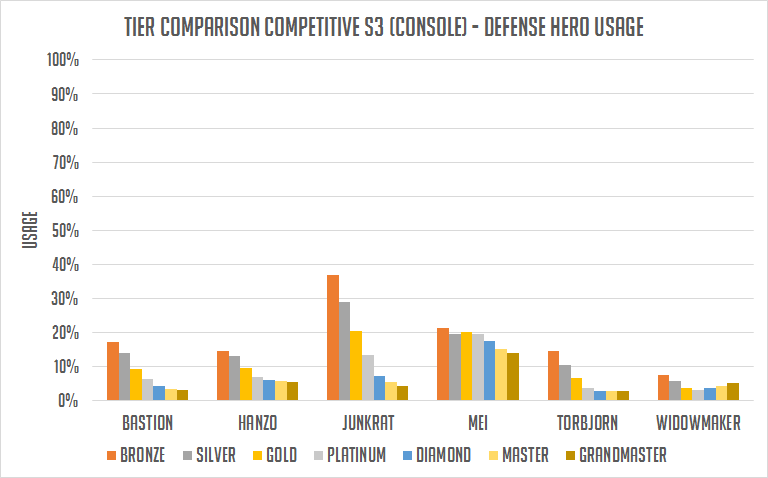 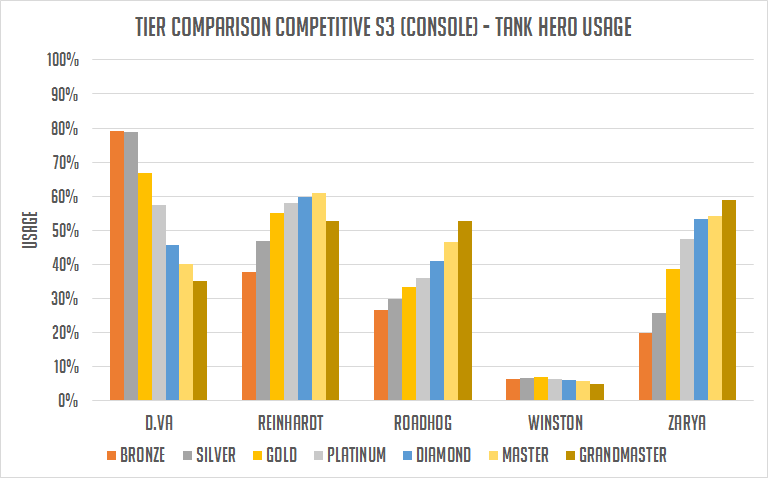 Tanks were the meta this season, and we can see that in the data. D.Va in particular saw serious buffs, and was the most popular hero and tank for the Bronze and Silver tiers, before gently fading in popularity in more competitive tiers, giving way to Reinhardt, Roadhog, and Zarya. Zarya steadily climbs from 20% usage at Bronze, to 59% usage at Grandmaster. Winston does not see very much play in comparison to the other tanks, regardless of tier. 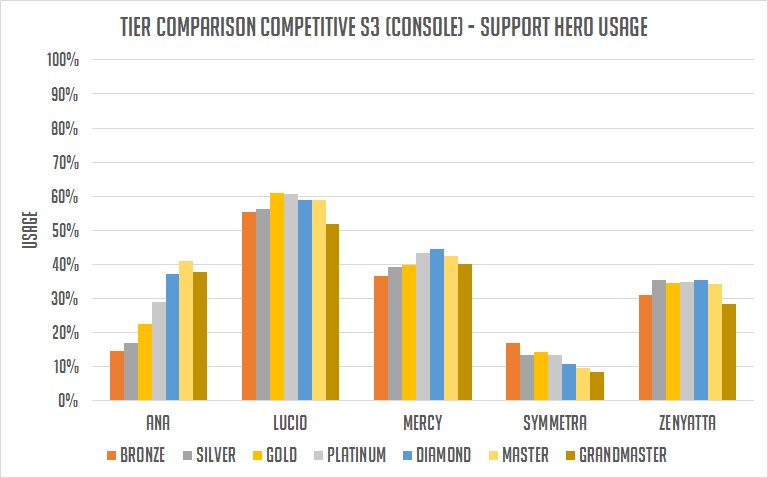 Support usage paints an interesting picture, as the most meta-defining hero on PC (Ana) is the 3rd or 4th most popular support on Console. Ana's heavy reliance on accurate shots for healing make her a more difficult pick, while Lucio, Mercy, and Zenyatta don't rely much accurate aim for healing. Lucio, Mercy, and Zenyatta see similar play regardless of tier, while Ana sees more play at higher tiers, and Symmetra more play at lower tiers. 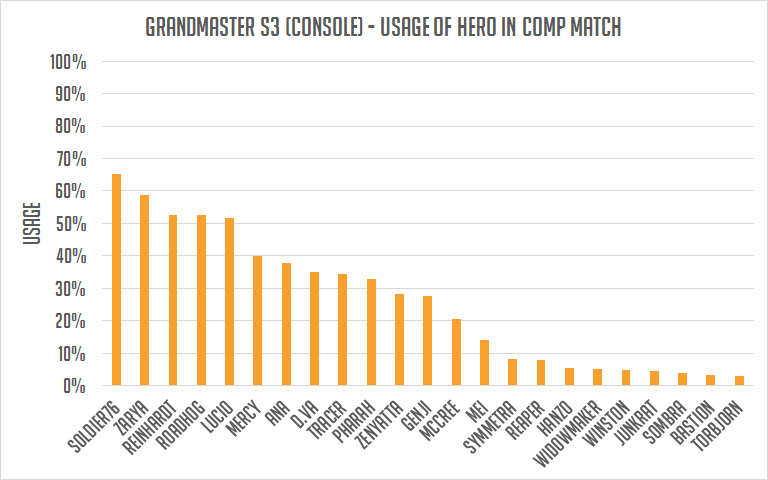 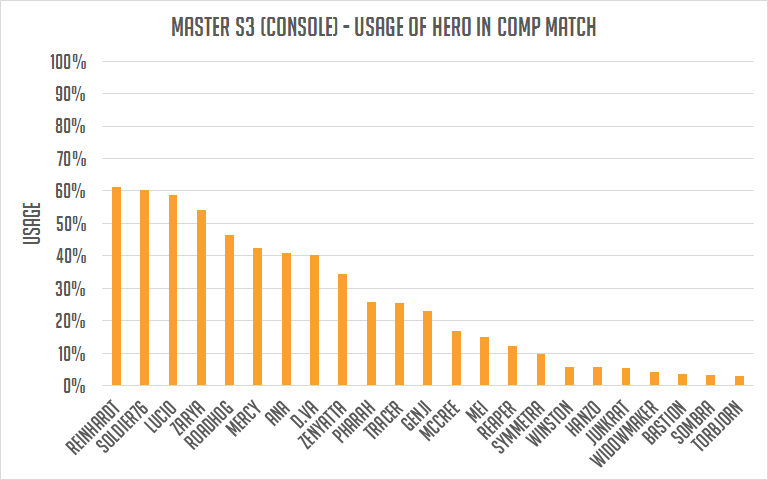 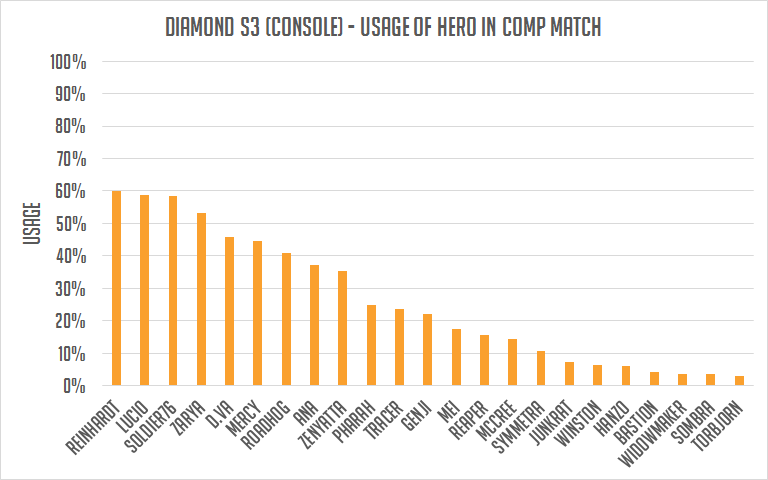 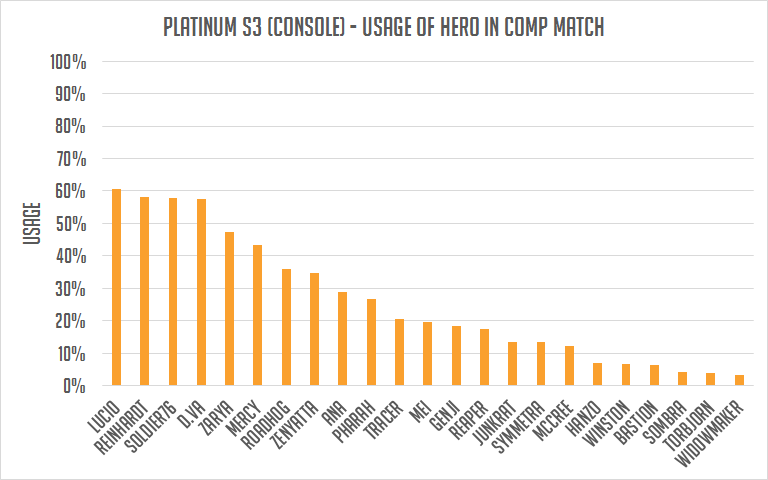 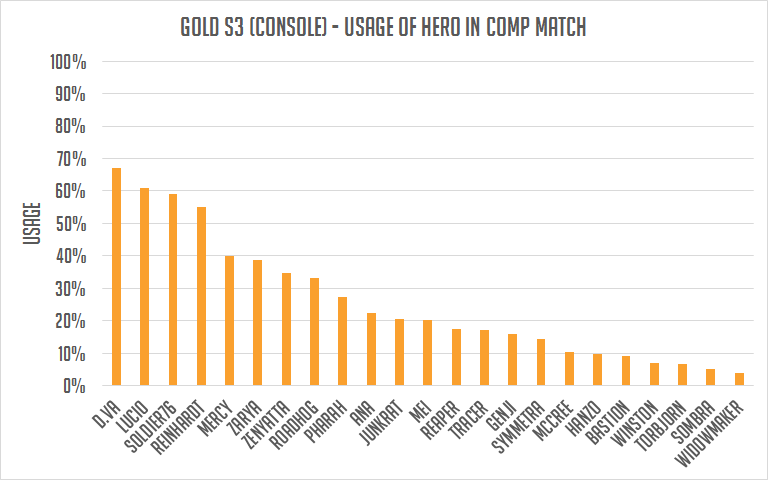 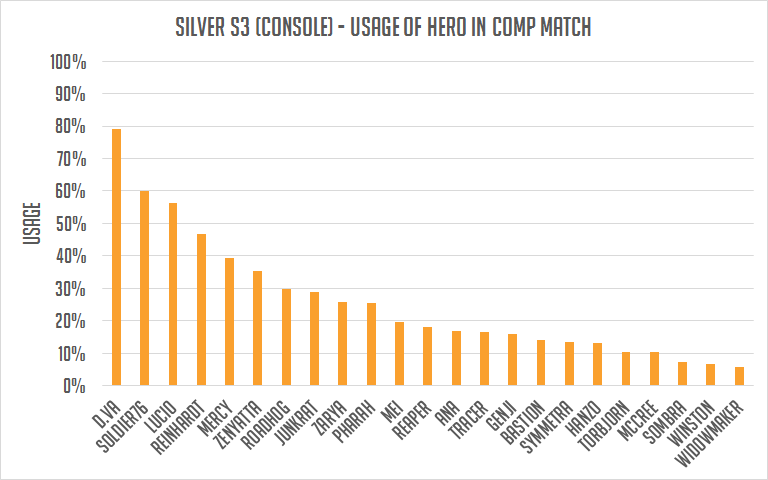 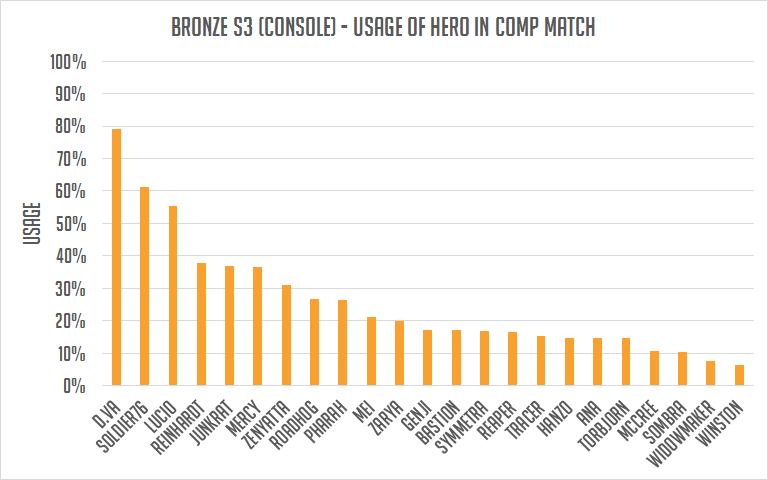